All the Eggs in One Basket:
​A History of Uganda's Giraffe 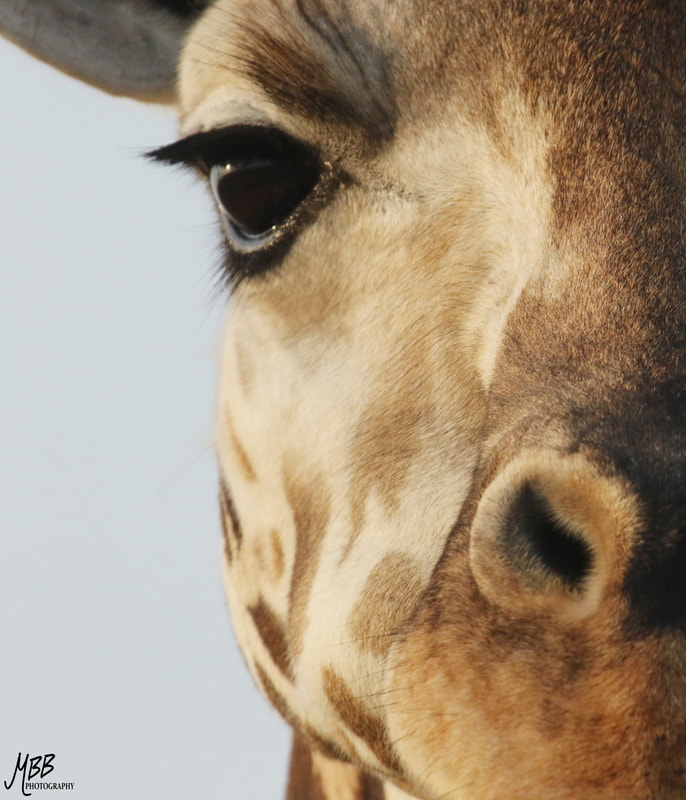 The narrative of Uganda's giraffe is a story of loss and resilience. From the mid 19th century through the early 20th century, giraffe were abundant throughout the country. From the shores of Lake Edward in the southeast to the semi-arid savannahs of Karamoja in the northeast, historical documents show encounters with giraffe all throughout Uganda. As the 1900's neared it's mid-point, however, colonial development and ever-expanding agriculture began to restrict giraffe populations. British colonial Game Department officials even authorized the culling of "nuisance" giraffe in the cotton-growing regions of Uganda, where they were giraffe to have developed an appetite for the young cotton crop. Indeed, the former Game Department officer, C.J.S. Pitman presciently wrote of the giraffe in the the 1950's: "I imagine that not long ago, its distribution was very much more extensive than at present. It is a species with more than most has to give way to the pressure of ever-extending settlement."  Although Pitman predicted the perils of habitat loss, he could not have foreseen the role of civil unrest in shaping the future of Uganda's wildlife. By the early 1970's with the emergence of the political regime of Idi Amin and the subsequent breakdown of the rule of law, the protected areas in Uganda witnessed defaunation on a massive scale. Giraffe were certainly not immune from this loss, with local populations going extinct in all but two populations. By the early 1990's the entire giraffe population of Uganda was estimated to be fewer than 100 individuals.

But then something remarkable happened. With the cessation of civil unrest in the early 1990's, the giraffe population has grown at a remarkable rate, with recent abundance estimates suggesting that there currently at least as many giraffe in Uganda as there were in the 1960's, although over 90% of these giraffe are in a single population in Murchison Falls National Park. How did giraffe emerge from the brink of local extinction to relatively stability in a period of just 25 years? What lessons can we learn from the ecology of these tremendously productive ecosystems?
What do the past and present population trends of giraffe in Uganda mean for the conservation of these iconic savanna dwellers?

Note: This photo-essay accompanies a recently published article in Global Ecology and Conservation 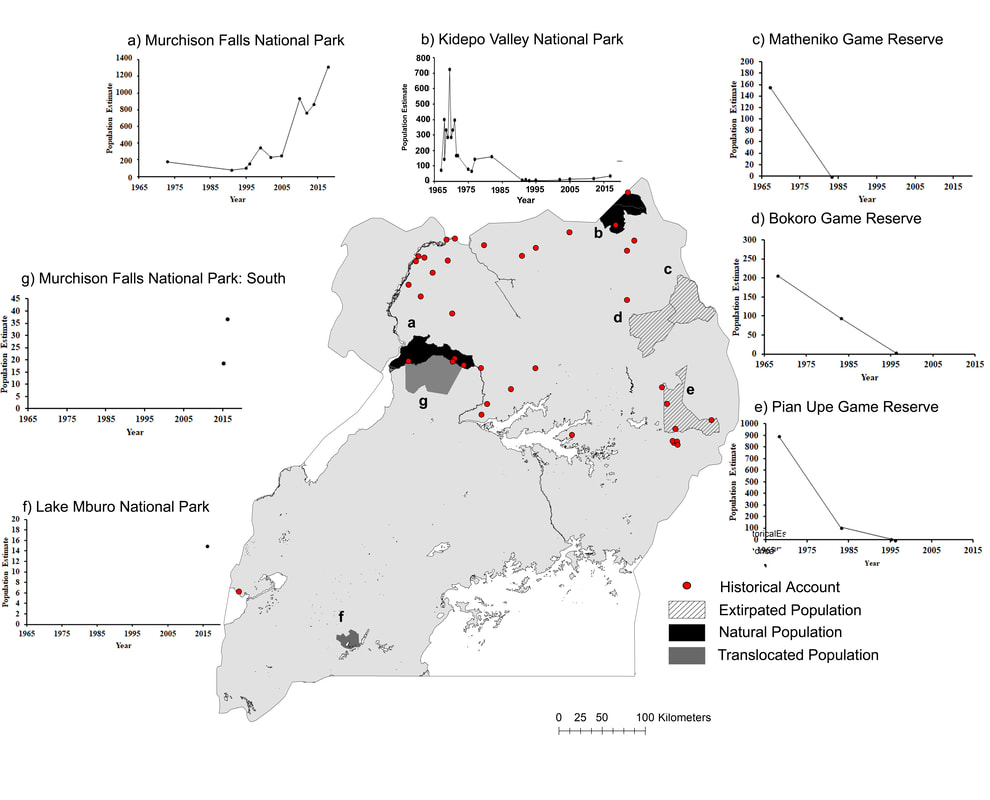 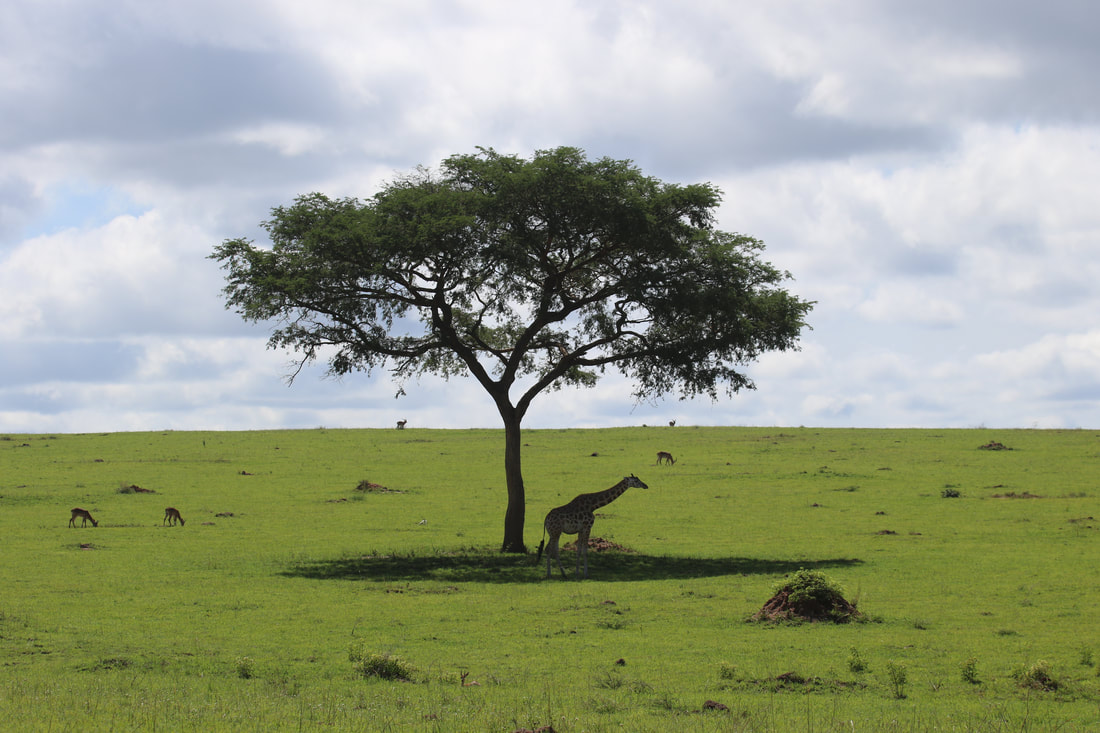 Murchison Falls National Park currently represents the largest known population of Nubian/northern/Rothschild's giraffe anywhere in the world. This was not always the case, however. In the early 1990's fewer than one hundred giraffe were thought to live in the park. Now it is not uncommon to see single herds over over 140 giraffe foraging during the wet season.

The rugged and beautiful savannas of Kidepo Valley National Park in northeastern Uganda once were home one of Uganda's largest giraffe populations, with some researchers estimating the population . By the early 1990's however, only three giraffe remained. The situation was considered so dire, that the Uganda Wildlife Authority translocated three giraffe by air from Kenya to supplement the population. Since then, the population has slowly grown to over 36 individuals. 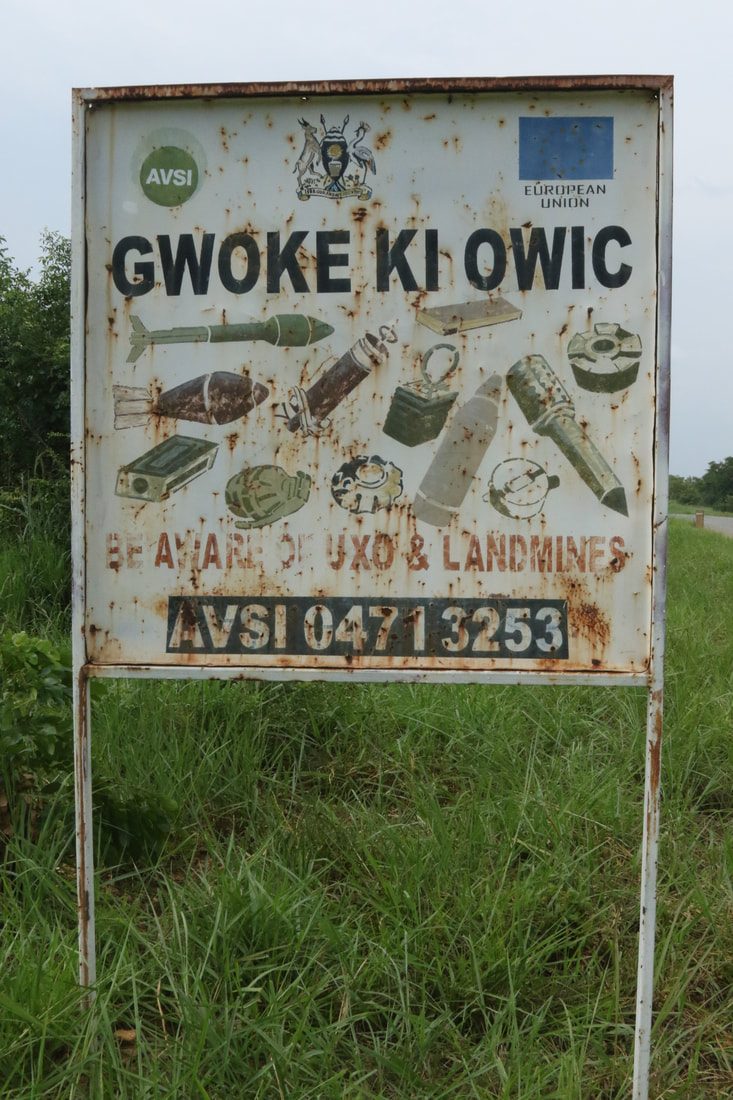 Northern Uganda has seen unspeakable human tragedy. Even now, signs, like this one on the northern border of Murchison Falls National Park, warn local residents to not pick up items that resemble unexploded ordinances. Since the return of regional stability in the mid-1990's the ecosystems of the area have responded in remarkable ways. 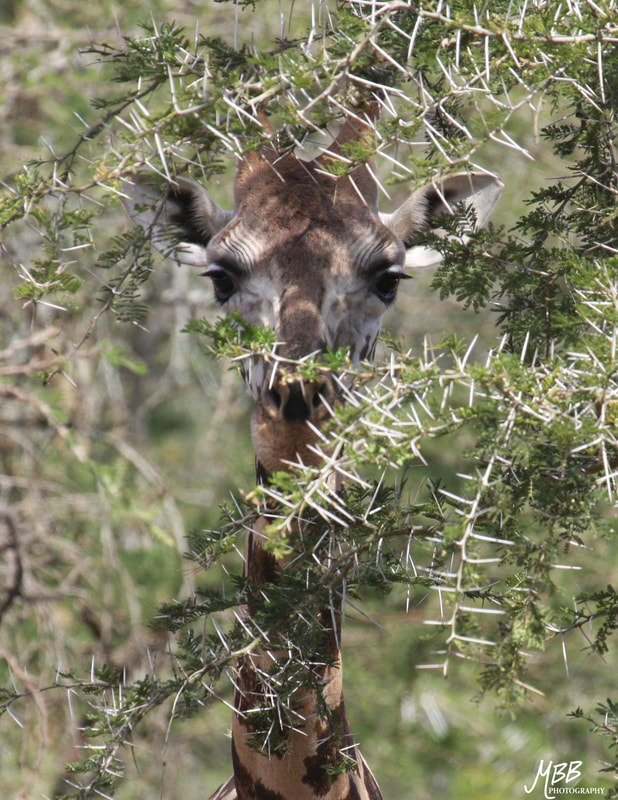 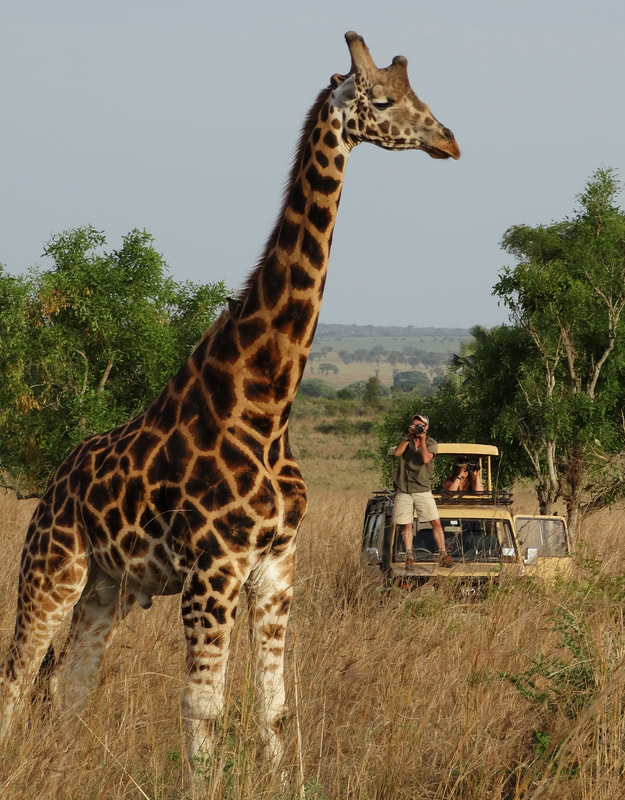 To monitor giraffe population dynamics, researchers use individual-based photographic surveys. Giraffe spot patterns are unique and unchanging over their lives, which enables researchers to monitor the movements, life history, and social dynamics of all giraffe encountered. Since 2014, researchers from Dartmouth College and the Giraffe Conservation Foundation have worked to create a photographic database of all known giraffe in Uganda, the first ever countrywide database of giraffe.
Photo Credit: J. Fennessy
Notes on Translocations to create a satellite population in southern MFNP...
Supported by the Giraffe Conservation Foundation ~ Operation Twiga 1 and 2
January 2016 and August 2017
Notes on translocation to reinforce the Kidepo Valley National Park population with Individuals from Murchison Falls National Park...
​Operation Twiga 3 ~ August 2018 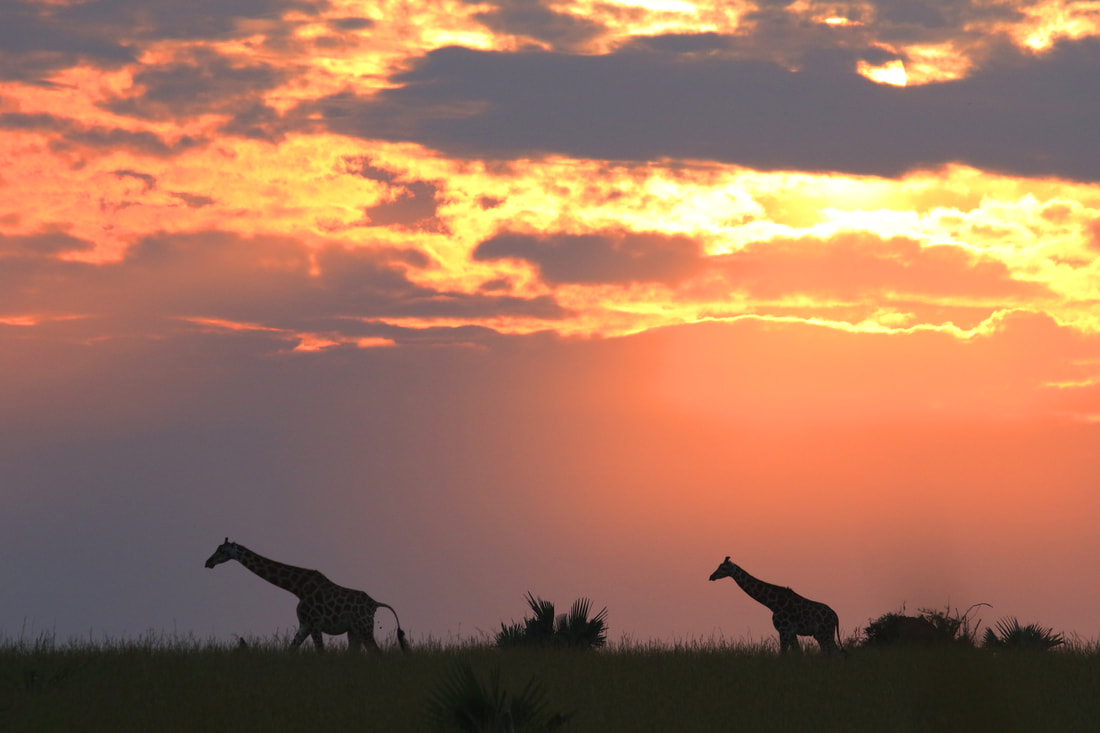 This conservation programme highlights the potential resilience of these incredible ecosystems in general and giraffe in particular. Indeed, it’s a hopeful note for giraffe conservation. If given a chance, and if the environmental conditions are right, giraffe populations can respond positively. This publication emphasizes the need for continued research into what ecological conditions can give rise to these population growth rates and what conservation initiatives can facilitate these conditions.
Powered by